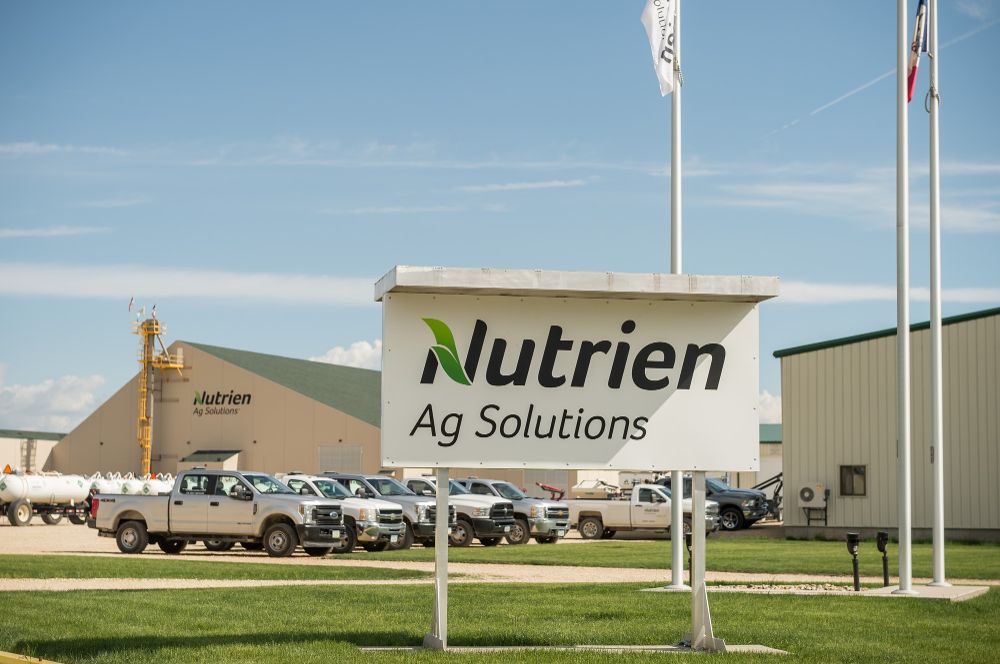 The world’s largest producer of potash could help you hedge against inflation!

Here is an overview of Nutrien using our checklist…

With 8 factors in the green and no fails, this immediately looks to be a strong stock. With ESG and Dividend strength being in the top 20%, this could be an interesting stock for many different investing styles!

Nutrien ($NTR) is a large cap ($52.4bn) fertilizer company based in Saskatchewan, Canada. It is the world’s largest producer of potash and third largest producer of nitrogen fertilizer, supplying growers and farmers through over 2,000 retail locations across the United States, Canada, Australia and South America. Its 2022 targeted output of 15 million tonnes of potash is an increase of almost 1 million tonnes from previous guidance, due to supply uncertainty from Eastern Europe – one of the main sources of this critical nutrient.

What are the numbers?

This earnings revision comes after Russia’s invasion of Ukraine in late February, which caused commodity prices to surge (including potash) and concerns to be raised about global food security. Russia and Belarus are the world’s second- and third-largest potash producers after Canada. They account for approximately 40% of global production, and after financial sanctions, potash exports from Russia were 20% lower in Q1 2022 compared to the same period in the previous year. This drove Nutrien’s share price up by over 20% since the invasion began, with investors keen to move away from the uncertainty surrounding Russian companies.

Nutrien’s stock beta of 0.8x is also a welcome sight to see after some extreme price movements in recent months (looking at you, tech stocks) so while today’s markets are still quite volatile, this looks like a relatively safe pick.

To buy or not to buy?

With a Momentum ranking of #39, this is a stock with great potential for the coming year. The fertilizer industry – and commodities industry in general – has seen prices skyrocket due to the various ongoing geopolitical crises. Nutrien’s plan to increase their 2022 potash output to 15 million tonnes with the possibility of further expansion to 18 million tonnes without any major capital investment gives potential for attractive revenue targets without also increasing debt. The 50% hike in earnings forecasts for 2022 shows us that they have a plan and are confident to end the year bigger and better. Current interim CEO Ken Seitz commented that they are exploring the feasibility to expand production even more, potentially up to 23 million tonnes within the next few years.

Furthermore, because commodities can be used as a hedge against inflation, this gives yet another reason to look at the stock. With shares having risen over 20% in just over a month and inflation as high as ever, this could be a great play to move away from beaten down tech stocks and protect your portfolio from inflation. In fact, analysts rate $NTR as a strong buy partially due to its recent earnings revision.

Finally, ESG and Dividend strength are both ranked in the top 20%, so this could be an attractive buy for ethical investors wanting some passive income.

If you are already familiar with the fertilizer industry, you’ll know that Nutrien isn’t the only big player around. Take Mosaic ($MOS) for example – a Florida based fertilizer company, and the biggest producer of potash in the US. Both companies rank similarly on most metrics, but $MOS is better on Quality, Value, Expected Return and Expected Growth.

If you are looking for a cheaper stock ($MOS is currently trading at around $60, less than $NTR’s last close of $99), or simply an American-based stock then Mosaic isn’t a bad alternative at all. Comparing the two you’ll see that Nutrien’s market cap is just over double that of Mosaic, with Nutrien’s liquidity also significantly higher – and while that doesn’t automatically make Mosaic a worse buy, it does just make Nutrien a safer bet from our point of view.

However, the biggest problem currently facing the commodity sector this year is the global supply chain crisis. With Shanghai imposing tighter restrictions, and Beijing closing down businesses, we aren’t completely out of the pandemic yet. And while increasing output is a step in the right direction, it won’t do much good if products don’t get to their destinations on time.

Sanctions on Russia and Belarus will result in a drop of around 8 million tonnes of output this year (according to Nutrien estimates). As a result, North American-based fertilizer companies such as Nutrien or Mosaic are looking to pick up the slack and increase their outputs to meet demand. Being the world’s largest potash producer gives Nutrien a leg up over their competitors, as they should have the facilities and money to get things done more quickly. Furthermore, even if the Russian invasion magically ends tomorrow and sanctions are immediately lifted, Russian fertilizer companies will have been hit hard financially and it would take a meaningful amount of time to recover – giving Nutrien and other non-Russian companies the chance to take over some of their market share.

With a 50% earnings revision upwards for 2022 and a strong Q1 earnings, Nutrien are confident in their plan for the rest of the year and are relatively safe from inflation – and even if they match their original EPS estimates of $10.20 - $11.80, this is still a significant growth from 2021. If the company hits their targets, this could be an interesting stock to watch through 2022 and beyond with the potential for some very attractive growth numbers!

Disclaimer: This is not financial advice. Genuine Impact helps you understand the different investment options before you decide for yourself how to invest your money. We do not tell you what to do or which products to buy. We have not assessed your investing knowledge and experience, your financial situation or your investment objectives.

Therefore you should ensure that any investment decisions you make are suitable for your personal circumstances. If you are unsure about the suitability of a particular investment, you should speak to a suitably qualified financial adviser.

Remember that investments can go up and down in value, so you could get back less than you put in.